I discovered the Stressberry package to stress and record the temperature information from the CPU.  This package also came with a way to generate a graph of the information collected.  The tests were ran in my office, which has no wind and a typical ambient temperature of ~68ºF (20ºC).

Setting up Stressberry is very simple, the directions on the repository were all that I needed. 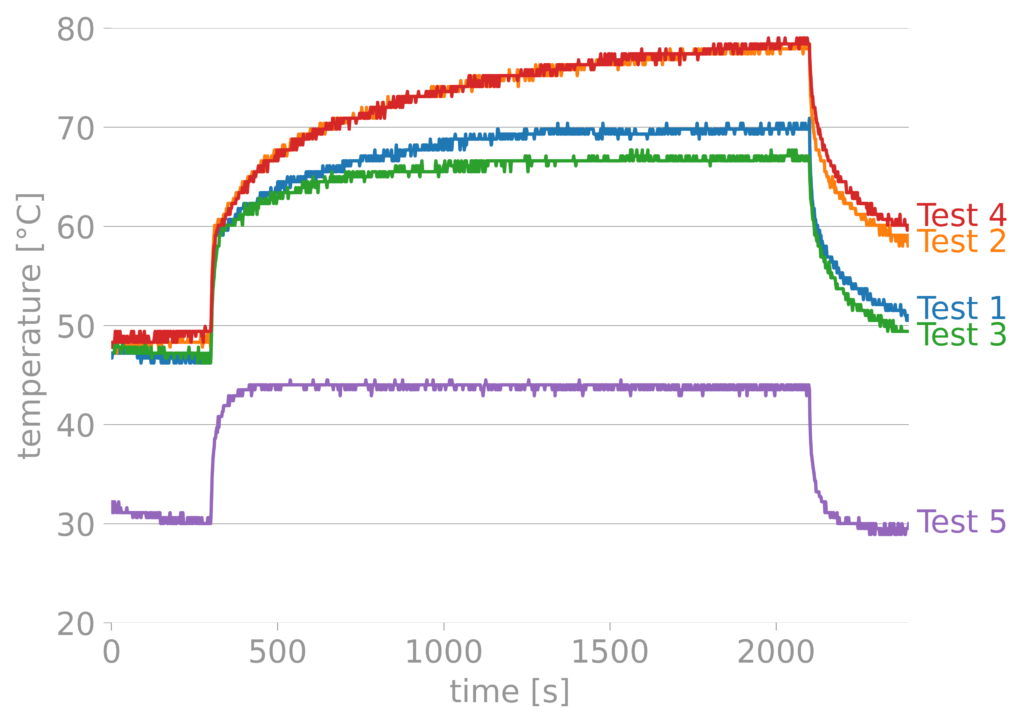 From the graph I think that the results are fairly predictable.  However there were two things that I thought were interesting to note.  Tests 2 & 4 are both tests with the case closed, and you can see from the temperature profile that the inclusion of a heat sink did not matter for this test.  Also for these two tests, the temperature did not reach a steady state and was still rising after 15 minutes of full load which would cause me to pause if I were to encase a raspberry pi in an enclosed case.  Tests 1 & 3 were with an open case and you can see that the heat sink installation did lower the temperature at steady state by a few degrees.